Nepal is located between two-giant nations India in the south, east and west and China in the north. It is multi-lingual, multi-religious and multi-culture country. According to the Census of 2001 (so far the latest one) the population of Nepal makes up of 106 castes/ethnic groups, 10 different regions and 100-mother tongues speakers. As well Nepal is very famous for arcealogical and cultural researcher, this is one of the evident on how diverse the country is.

Similarly, Nepal is the home of the eight-highest mountains above 8,000 m. (out of 14 in the world), including the highest mountains in the earth and over 1300 mountains above 6,000 m, as many as 400 mountains of these are so far opened for operating any sorts adventurous sports. These all the mountains can be explored through the well-developed trekking trails.
Not just mountain alone, Nepal has many more to offer from steamy jungle in the plain lands, mighty white-water rafting to the diverse flora and fauna and many more. A data shows that Nepal is home to 2 percent of all the flowering plants in the world, home to over 850 species of birds and over 500 species of butterflies, over 600 indigenous plant families, over 320 exotic orchids and many more. These fact are explicit enough how diverse Nepal is what it can offer to any travelers from around the world.

Location: Between India and the Tibetan autonomous region of the Republic of China
Area: 147,181 square kilometer
Capital: Kathmandu
Location: Situated between China in the north and India in the south, east and west
Population: 25.8 million
People: Nepal has more than 106 ethnic/caste groups and 100 spoken languages.
Language: Nepali is the national language; people involved in travel and trade understand and speak English as well.
Religion: Nepal is a secular state with predominance of Hindu and Buddhist population.
Political System: Federal Democratic Republic
Climate: Nepal has four major seasons (1) winter: December-February, (2) spring: March-May, (3) summer: June-August, (4) autumn: September-November. Nepal can be visited the whole year round.

How to get into Nepal

By land:
All visitors coming to Nepal by land must enter only through one of these entry points (1) Kakarbhitta (2) Birgunj (3) Belhiya, Bhairahawa (4) Nepalgunj (5) Dhangadi and (6) Mahendranagar in the Nepal-India border and (7) Kodari in the Nepal-China border. The overland tourists entering the country with their vehicles must possess an international carnet or complete customs formalities. 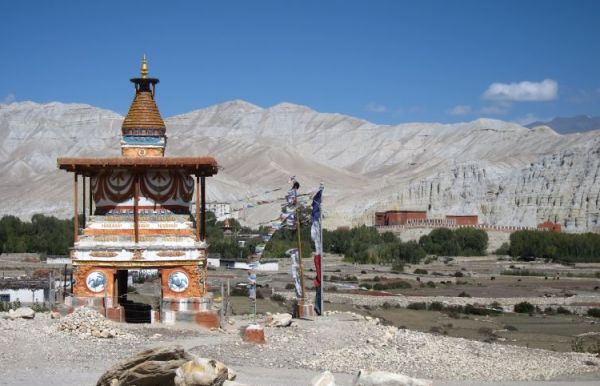 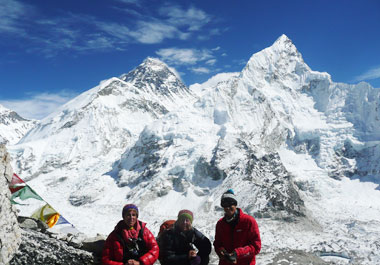