The climate in Nepal varies with its topography, from tropical to arctic depending upon the altitude. Terai, the plain land area, which lies in the tropical southern part of the country, for instance, is hot, humid weather. In terms of weather and climate, the middle part of country, the hilly regions are pleasant enough almost all year around, even though during the winter, the morning and nights are cool. The mountain range in the northern part which is regarded to be above 3,353 m has an alpine climate with a considerably lower temperature and thin air than other part of the geography, during the winter, even worse weather and climate condition is expected.

Nepal has primarily four climatic seasons, which are.

Autumn: September-November
During autumn season, the climate is dry, therefore, offers the clearest skies, least rain and this is harvesting season, also falls the greatest festivals Dashain and Tihar. The temperature fluctuates from 20 degree Celsius to 30 degree Celsius. This is regarded to be the busiest tourism season. The main tourist centers, and trekking trails tend to be crowded with travelers.

Winter: December-February
During the winter season, the weather is so cool and mostly sky is clear enough. It is very cold during morning and evening, while the afternoon is pretty sunny. The temperature during these months rises from 15 degree Celsius to 20 degree Celsius. There is less flow of tourists during this season.

Summer: June to August
During summer season, there usually primarily in the evening, thunderstorms and hot temperature, during this season it rains almost everyday and most of the Himalayas are hidden behind the clouds. June is warm and humid though still a good time for trekking to the Everest areas, 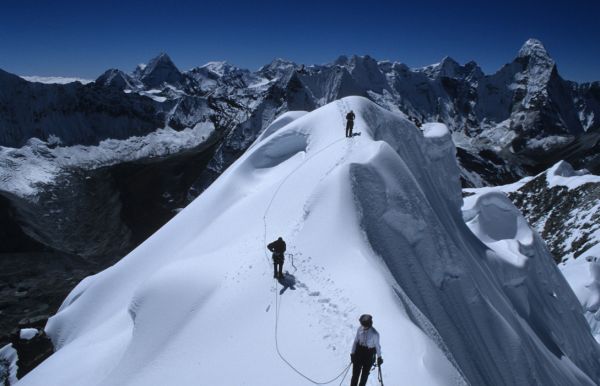